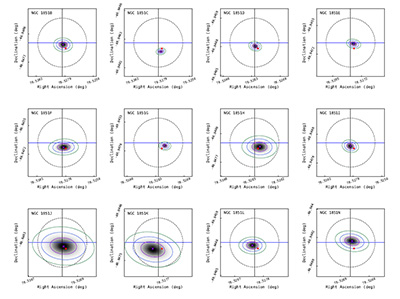 The paper presents a deep pulsar candidate survey of the core-collapsed globular cluster NGC 1851, for which only a single pulsar had previously been known. In this study, 64 MeerKAT antennas were used in two frequency bands (centered at 124 and 816 MHz). The result is a wealth of millisecond pulsars, 14 in all, with periods between about 2 and 32 msec. Among these are six isolated sources, one of which is actually 100% linearly polarized, and eight binary systems, of which three are highly eccentric and at least one has a neutron star companion. All are located very close to the cluster core. Polarization and flux density variations are presented for the sample; none appear due to ablation effects of the pulsar on its companion for the binaries. This is a harbinger of things to come, with the continuation of timing studies for this cluster and the enlargement of the sample for population studies and probes of the internal medium of the clusters.