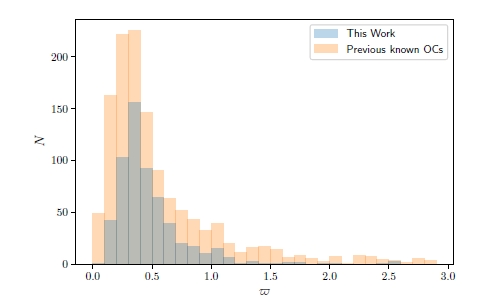 Open clusters have served as vital laboratories for the development and testing of stellar evolution theory. These clusters have also been fundamental for the exploration of the disk in our own Milky Way. The Gaia mission has now enabled the discovery study of massive numbers of Galactic star clusters. As such, the present discovery of 582 new open clusters using machine learning techniques is a treasure. These objects are very tricky to detect due to the high level of contamination related to their being embedded in the Galactic disk. They have been found as clear overdensities in the spatial and proper-motion parameter space, which was confirmed using Gaia optical photometry. Interestingly, the new data also facilitated the discovery of the tidal tails from an intermediate-age open cluster that is in the process of being disrupted by the Galactic tidal field, illustrating the potential of combining Gaia data with these modern machine learning techniques. A great deal of progress is expected to be made on this front in the future as we all eagerly await Gaia DR3.