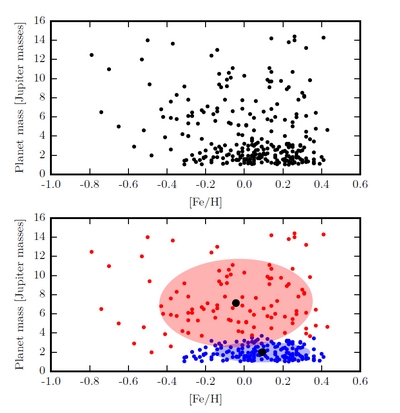 Giant planets are thought to form in circumstellar disks, while brown dwarfs and stars are thought to form directly by gravitational collapse and fragmentation of a gas cloud. We do not know how efficient these mechanisms are, whether they overlap in mass and whether other mechanisms also exist. Santos et al. provide observational evidence for the existence of two distinct populations of planets/brown dwarfs: objects with masses smaller than approximately four Jupiter masses show a strong preference for metal-rich stars. At larger masses, between 4 and 20 Mjup, this preference disappears, indicating that these brown dwarfs/massive giant planets formed with a different mechanism. Although the mechanisms themselves remain to be identified, statistical studies of the population of exoplanets are beginning to shed light on their formation.