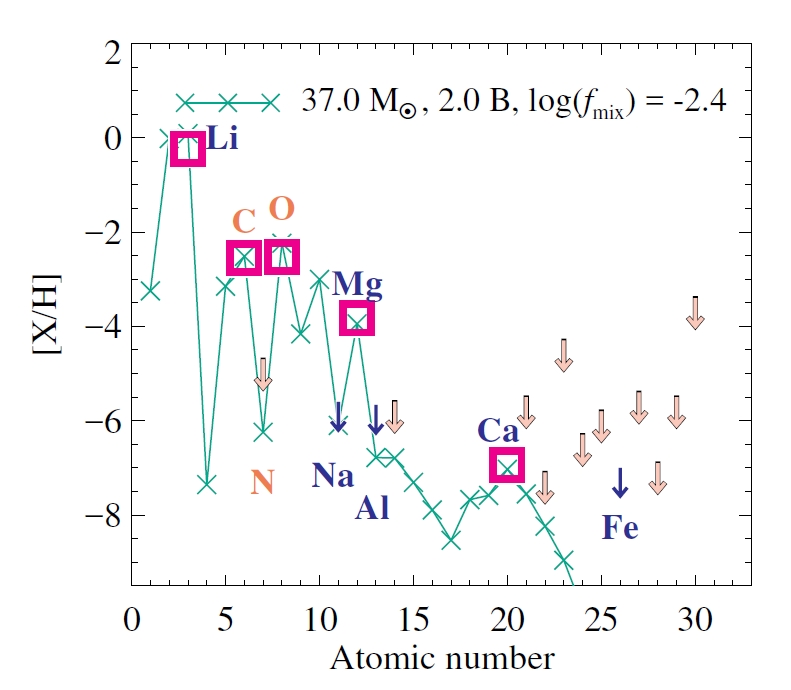 This paper presents a detailed reanalysis of one of the most intriguing stars to have been discovered in recent years: SMSS0313-6708. This star has the lowest abundances of Ca and Fe of any star known. In fact, Fe is not detected in this star, and the upper limit of this non-detection is critical to undertanding the possible paths of the enrichment processes that could have led to a star with these properties. The photospheres of metal-poor stars are relatively transparent in the UV, which may lead to large three-dimensional (3D) effects as well as departures from local thermodynamical equilibrium (LTE), even for weak spectral lines. This work presents a redetermination of the chemical composition of SMSS0313-6708 by means of the most realistic methods available. This new 3D NLTE analysis results in significantly higher abundances than 1D LTE, by 0.8 dex for Fe, and 0.5 dex for Mg, Al and Ca, while Li and Na are unaffected to within 0.03 dex. In particular, the upper limit for [Fe/H] is now a factor of ten larger, at [Fe/H] < −6.53 (3σ), than previous estimates. The result is that supernova yields from models with a wide range of progenitor masses can now reproduce this revised chemical composition. In addition to massive progenitors of 20-60 M⊙ exploding with low energies (1-2x10^51 erg), much lower mass progenitors, of 10 M⊙, with even lower explosion energies (10^51 erg) are also consistent. The new abundances cannot be reconciled with supernovae or hypernovae with neither explosion energies above 2.5 x10^51 erg nor with pair-instability supernovae.