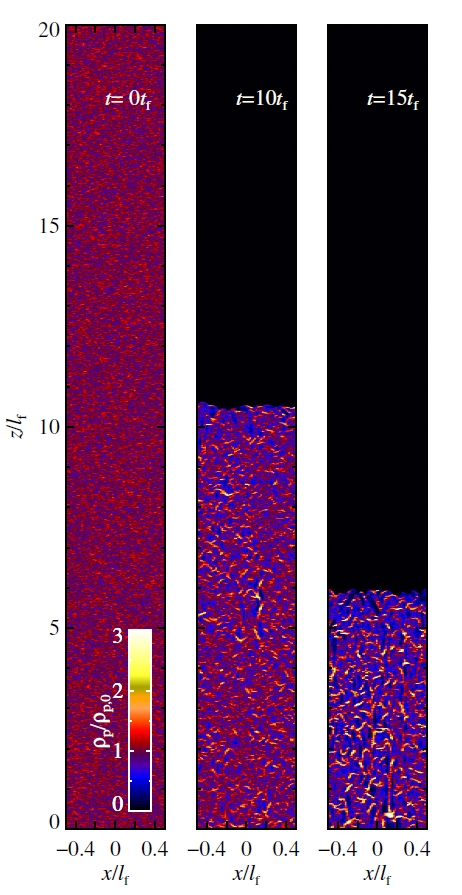 The authors present a numerical study of dust settling of through gas, which includes feedback, in the absence of Coriolis forces. Although this situation is linearly stable, solids spontaneously mix out of the fluid and form swarms that are overdense in particles by at least one order of magnitude, sinking faster than the background medium. The driving mechanism depends on non-linear perturbations of the background flow and shares some similarity with the streaming instability in accretion discs. In the context of protoplanetary disks, the swarms would be hundreds of kilometers across which may be useful to account for the high densities presumed to have prevailed during chondrule formation. Inside the gas envelopes of giant protoplanets, enhanced settling may lead to a reduced dust opacity, which facilitates the contraction of the envelope. The authors note that the relevant physical set up can be recreated in a laboratory setting.