Based on the article:

“First evidence of a magnetic field on Vega. Towards a new class of magnetic A-type stars”, by F. Lignières, P. Petit, T. Böhm, and M. Aurière

Astronomy & Astrophysics publishes the first detection of a magnetic field on the bright star Vega. Using the NARVAL spectropolarimeter of the Bernard-Lyot telescope on top of the Pic du Midi (France), astronomers clearly observe the magnetically-induced effect in the spectrum of Vega, thereby showing that the star possesses a magnetic field, something unknown so far.

Astronomy & Astrophysics is publishing the first detection of a magnetic field on the star Vega, one of the brightest stars in the sky. Using the high-sensitivity NARVAL spectropolarimeter installed at the Bernard-Lyot telescope (Pic du Midi Observatory, France), a team of astronomers [1] detected the effect of a magnetic field (known as the Zeeman effect) in the light emitted by Vega. 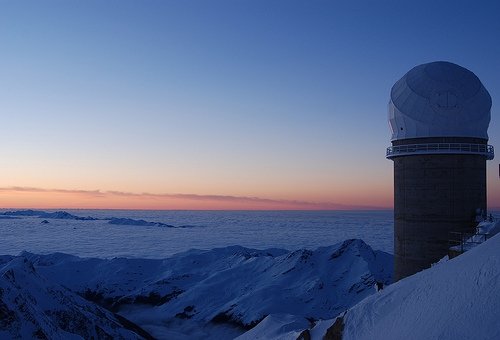 Fig. 1 -  Bernard-Lyot Telescope, on top of the Pic du Midi de Bigorre (France). © Pascal Petit
Vega is a famous star among amateur and professional astronomers. Located at only 25 light years from Earth in the Lyra constellation, it is the fifth brightest star in the sky. It has been used as a reference star for brightness comparisons. Vega is twice as massive as the Sun and has only one tenth its age. Because it is both bright and nearby, Vega has been often studied but it is still revealing new aspects when it is observed with more powerful instruments. Vega rotates in less than a day, while the Sun's rotation period is 27 days. The intense centrifugal force induced by this rapid rotation flattens its poles and generates temperature variations of more than 1000 degrees Celsius between the polar (warmer) and the equatorial regions of its surface. Vega is also surrounded by a disk of dust, in which the inhomogeneities suggest the presence of planets.

This time, astronomers analyzed the polarization of light emitted by Vega [2] and detected a weak magnetic field at its surface. This is really not a big surprise because one knows that the charged particle motions inside stars can generate magnetic fields, and this is how solar and terrestrial magnetic fields are produced. However, for more massive stars than the Sun, such as Vega, theoretical models cannot predict the intensity and the structure of the magnetic field, so that astronomers had no clue to the strength of the signal they were looking for. After many unsuccessful attempts in past decades, both the high sensitivity of NARVAL and the full dedication of an observing campaign to Vega have made this first detection possible.

The strength of Vega magnetic field is about 50 micro-tesla, which is close to that of the mean field on Earth and on the Sun. This first observational constraint opens the way to in-depth theoretical studies about the origin of magnetic fields in massive stars. This detection also suggests that magnetic fields exist but have not been detected yet on many stars like Vega, but farther and more difficult to observe. Astronomers believe that this discovery will be a key step in understanding stellar magnetic fields and their influence on stellar evolution. As for Vega, it is now the prototype of a new class of magnetic stars and will definitely continue fascinating astronomers for years.

First evidence of a magnetic field on Vega. Towards a new class of magnetic A-type stars, by F. Lignières, P. Petit, T. Böhm, and M. Aurière.

To be published in Astronomy & Astrophysics, 2009, vol. 500-3
Full article available in PDF format

A French press release from SRON is available at http://www.insu.cnrs.fr/