This press release is issued as a collaboration with European Southern Observatory, the Italian Institute of Astrophysics, and Astronomy & Astrophysics.

While observing Messier 12, a stellar cluster in the Southern sky, a team of Italian astronomers [1] found that over a million stars believed to be there are actually gone. The missing stars originally accounted for 80% of the cluster’s total mass. In an article to be published in Astronomy & Astrophysics, the scientists suggest that this major loss is due to strong tidal interactions in the innermost region of our Galaxy.

Messier 12 is one of about 200 globular clusters known in our Galaxy [2]. These are spherical aggregates made up of from 10,000 to more than a million stars. Globular clusters are a key tool for astronomers, because all the stars in a globular cluster share a common history. They were all born together, at the same time and place, and only differ from one another in their mass. By accurately measuring the brightness of the stars, astronomers can determine their relative sizes and stage of evolution precisely. Globular clusters are thus very helpful for testing theories of how stars evolve.

The team of Italian astronomers, led by G. De Marchi of the European Space Agency (Noordwijk, The Netherlands), observed Messier 12 using the FORS-1 camera on the Very Large Telescope (ESO, Chile) and measured the brightness and colours of more than 16,000 stars within this cluster. Located at a distance of 23,000 light years in the constellation Ophiuchus, Messier 12 got its name by being the 12th entry in the catalogue of stellar clusters compiled in 1774 by the French astronomer Charles Messier. 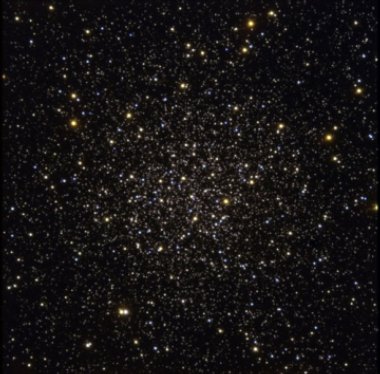 Fig. 1 - This true-colour image shows the centre of the globular cluster Messier 12 as observed with the FORS-1 camera on the Very Large Telescope of the European Southern Observatory (Cerro Paranal, Chile). The picture covers a region of about 3.5 arcmin on a side, corresponding to about 23 light years at the distance of Messier 12. Credit: ESO, G. De Marchi.
In an article to be published in Astronomy & Astrophysics, the team presents the relative proportion of stars of varying brightness and mass. They find a surprisingly small fraction of small stars (those smaller than about 1/3 of the solar mass). Astronomers believe that when globular clusters formed, about 13 billion years ago, they had an overwhelmingly large number of small stars and proportionately much fewer massive stars. For most known globular clusters, this is still the case today. But in Messier 12, these small stars represent an insignificant fraction of the total population. Where have all the missing stars gone?

It has long been predicted that globular clusters lose stars while they orbit the Galaxy, due to tidal forces that can peel off the outer regions of the cluster, where the lower mass stars are most often located. This gravitational interaction is particularly strong when clusters move across the Galactic disc or venture close to the innermost and denser regions of the Milky Way, the so-called bulge. Due to repeated interactions with the bulge and the disc of the Galaxy, low-mass stars are ejected so that this process may eventually disrupt the cluster completely.

Several theoretical models predict the total lifetime of a globular cluster before disruption, depending on its orbital path. They did not anticipate that Messier 12 would suffer such strong tidal interactions and had predicted that it would therefore live unperturbed for several billion years. Following their new observational results, De Marchi and his colleagues believe that these models made wrong assumptions about the cluster’s orbit. By combining their own data with recent determinations of the orbit of Messier 12 in the Galaxy, it appears that the cluster comes much closer to the Galactic centre (about 2000 light years) than previously thought. With such an orbit, the total remaining lifetime of Messier 12 is predicted to be about 4.5 billion years. This is very short compared to the typical globular cluster’s lifetime.

The team calculated that Messier 12 has already lost about 80% of its original mass that is, about a million stars. This would place Messier 12 among what were originally the richest and most massive globular clusters in the Milky Way. Astronomers still cannot tell whether this haemorrhage of stars has been proceeding uniformly over time or whether it was much greater in the cluster’s earlier life. They are, however, convinced that the case of Messier 12 is by no means unique and that many more clusters must be dissolving.

The stars lost by Messier 12 have actually not completely disappeared. They still move around the Milky Way and may give rise to what astronomers call a tidal tail. Astronomers believe that a similar process occurred 10 billion years ago; a large number of small clusters would have been dissolved and formed the Milky Way halo. The halo of our Galaxy is a spherical pattern of very old stars that extend to large distances from the Galactic plane. Very little is presently known about the formation of this halo, because it has left no visible traces other than the current distribution of stars around the Galaxy. Not knowing where these stars originated makes it difficult for astronomers to learn about the process. But now scientists have hopes of discovering and studying many more clusters like Messier 12, since catching clusters while being disrupted should clarify the dynamics of the process that shaped the halo of the Milky Way. 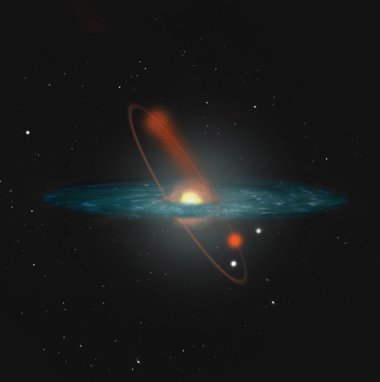 Fig. 2 - An artist's impression of the orbit of the globular cluster Messier 12 in the Milky Way. Credit: ESO

High-resolution pictures are available on the ESO web site.