Based on the article “The origin of GEMS in IDPs as deduced from microstructural evolution of amorphous silicates with annealing”, by C. Davoisne et al.

For the first time, a team of French scientists [1] were able to reproduce the structure of the exotic GEMS in the laboratory. The results of their experiments will soon be published in Astronomy & Astrophysics. GEMS (glass with embedded metal and sulphides) is a major component of primitive interplanetary dust. To understand its origin is one of the primary objectives of planetary science, and especially of the recently successful Stardust mission.

In a coming issue, Astronomy & Astrophysics presents new laboratory results that provide some important clues to the possible origins of exotic mineral grains in interplanetary dust. Studying interplanetary grains is currently a hot topic within the framework of the NASA Stardust mission, which recently brought back some samples of these grains. They are among the most primitive material ever collected. Their study will lead to a better understanding of the formation and evolution of our Solar System.

Through dedicated laboratory experiments aimed at simulating the possible evolution of cosmic materials in space, C. Davoisne and her colleagues explored the origin of the so-called GEMS (glass with embedded metal and sulphides). GEMS is a major component of the primitive interplanetary dust particles (IDPs). They are a few 100 nm in size and are composed of a silicate glass that includes small, rounded grains of iron/nickel and metal sulphide (Figure 1). A small fraction of the GEMS (less than 5%) have presolar composition and could therefore have an interstellar origin. The remainder have solar composition and may have been formed or processed in the early Solar System. The varied compositions of the GEMS make it difficult to arrive at a consensus regarding their origin and formation process. 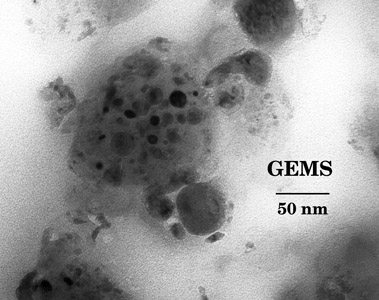 Fig. 1. Image of a GEMS in an interplanetary dust particle. Copyright: NASA


The team first postulates that the GEMS precursors originated in the interstellar medium and were progressively heated in the protosolar nebula. To test the validity of this hypothesis a joint experimental project involving two French laboratories, the Laboratoire de Structure et Propriétés de l’Etat Solide (LSPES) in Lille and the Institut d’Astrophysique Spatiale (IAS) in Orsay, was set up. Z. Djouadi, at the IAS, heated various amorphous samples of olivine ((Mg,Fe)2SiO4) under high vacuum and at temperatures ranging from 500 to 750°C. After heating, the samples show microstructures that closely resemble those of the GEMS, with rounded iron nanograins that are seen to be embedded in a silicate glass (Figure 2). 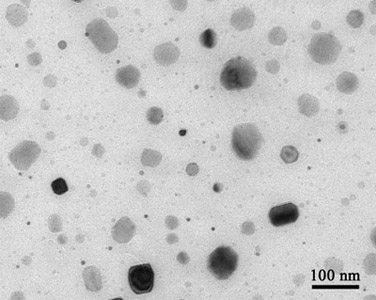 
This is the first time that a GEMS-like structure has been reproduced by laboratory experiments. There, they show that the iron oxide (FeO) component of the amorphous silicates has undergone a chemical reaction known as reduction, in which the iron gains electrons and releases its oxygen, to precipitate in a metallic form. Since the GEMS component in IDPs is usually closely associated with carbonaceous matter, the reaction FeO + C --> Fe + CO will be at the source of the metallic iron nanograins in these IDP’s. Such conditions may have been encountered in the primitive solar nebula. This reaction has been known of for centuries by metallurgists, but the originality of the LSPES/IAS approach is the application of material science concepts to extreme astrophysical environments.

In addition, the scientists found that, in the heated sample, practically no iron remains in the silicate glass, since all the iron has migrated into the metal grains. The team is thus able to explain why the dust observed around evolved stars and in comets is mainly composed of magnesium-rich silicates where iron is apparently lacking. Indeed, iron in metallic spherules becomes totally undetectable by the usual remote spectroscopic techniques. This work could therefore provide an important and new insight into the composition of interstellar grains as well.

The team shows that GEMS could form through a specific heating process that would affect grains of various origins. The process may be very common and could occur both in the Solar System and around other stars. The GEMS could thus have diverse origins. Scientists now eagerly await the analysis of grains collected by Stardust to find out for certain that some GEMS truly come from the interstellar medium.