Based on the article “Ultraviolet-to-far infrared properties of Lyman break galaxies and luminous infrared galaxies at z ~ 1”, by D. Burgarella et al.

(To be published in Astronomy & Astrophysics. )

This press release is issued as a collaboration with the Observatoire Astronomique de Marseille Provence and Astronomy & Astrophysics.

A team of astronomers from France, the USA, Japan, and Korea, led by Denis Burgarella has recently discovered new galaxies in the Early Universe. They have been detected for the first time both in the near-UV and in the far-infrared wavelengths. Their findings will be reported in a coming issue of Astronomy & Astrophysics. This discovery is a new step in understanding how galaxies evolve.

The astronomer Denis Burgarella (Observatoire Astronomique Marseille Provence, Laboratoire d’Astrophysique de Marseille, France) and his colleagues [1] from France, the USA, Japan, and Korea, have recently announced their discovery of new galaxies in the Early Universe both for the first time in the near-UV and in the far-infrared wavelengths. This discovery leads to the first thorough investigation of early galaxies. Figure 1 shows some of these new galaxies. The discovery will be reported in a coming issue of Astronomy & Astrophysics. 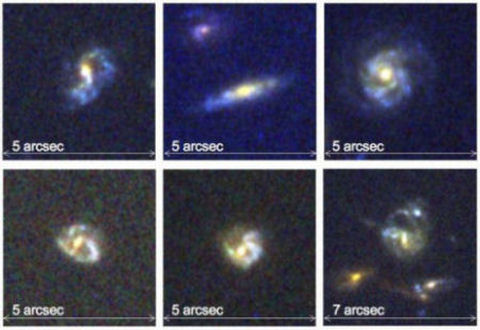 Fig. 1 - Examples of the new galaxies discovered at z~1.

The knowledge of early galaxies has made major progress in the past ten years. From the end of 1995, astronomers have been using a new technique, known as the “Lyman-break technique”. This technique allows very distant galaxies to be detected. They are seen as they were when the Universe was much younger, thus providing clues to how galaxies formed and evolved. The Lyman-break technique has moved the frontier of distant galaxy surveys further up to redshift z=6-7 (that is about 5% of the present age of the Universe). In astronomy, the redshift denotes the shift of a light wave from a galaxy moving away from the Earth. The light wave is shifted toward longer wavelengths, that is, toward the red end of the spectrum. The higher the redshift of a galaxy is, the farther it is from us.

The Lyman-break technique is based on the characteristic “disappearance” of distant galaxies observed in the far-UV wavelengths. As light from a distant galaxy is almost fully absorbed by hydrogen at 0.912 nm (due to the absorption lines of hydrogen, discovered by the physicist Theodore Lyman), the galaxy “disappears” in the far-ultraviolet filter. Figure 2 illustrates the “disappearance” of the galaxy in the far-UV filter. The Lyman discontinuity should theoretically occur at 0.912 nm. Photons at shorter wavelengths are absorbed by hydrogen around stars or within the observed galaxies. For high-redshift galaxies, the Lyman discontinuity is redshifted so that it occurs at a longer wavelength and can be observed from the Earth. From ground-based observations, astronomers can currently detect galaxies with a redshift range of z~3 to z~6. However, once detected, it is still very difficult to obtain additional information on these galaxies because they are very faint.

Fig. 2 - Illustration of the Lyman-break technique. The same galaxy observed at all wavelengths, from near-UV (NUV) to infrared (I) seems to “disappear” at the shortest wavelength in far-UV (left).
For the first time, Denis Burgarella and his team have been able to detect less distant galaxies via the Lyman-break technique. The team collected data from various origins: UV data from the NASA GALEX satellite, infrared data from the SPITZER satellite, and data in the visible range at ESO telescopes. From these data, they selected about 300 galaxies showing a far-UV disappearance. These galaxies have a redshift ranging from 0.9 to 1.3, that is, they are observed at a moment when the Universe had less than half of its current age. This is the first time a large sample of Lyman Break Galaxies is discovered at z~1. As these galaxies are less distant than the samples observed up to now, they are also brighter and easier to study at all wavelengths thereby allowing a deep analysis from UV to infrared to be performed.

Previous observations of distant galaxies have led to the discovery of two classes of galaxies, one of which includes galaxies that emit light in the near-UV and visible wavelength ranges. The other type of galaxy emits light in the infrared (IR) and submillimeter ranges. The UV galaxies were not observed in the infrared range, while IR galaxies were not observed in the UV. It was thus difficult to explain how such galaxies could evolve into present-day galaxies that emit light at all wavelengths. With their work, Denis Burgarella and his colleagues have taken a step toward solving this problem. When observing their new sample of z~1 galaxies, they found that about 40% of these galaxies emit light in the infrared range as well. This is the first time a significant number of distant galaxies were observed both in the UV and IR wavelength ranges, incorporating the properties of both major types.

From their observations of this sample, the team also inferred various information about these galaxies. Combining UV and infrared measurements makes it possible to determine the formation rate for stars in these distant galaxies for the first time. Stars form there very actively, at a rate of a few hundred to one thousand stars per year (only a few stars currently form in our Galaxy each year). The team also studied their morphology, and show that most of them are spiral galaxies. Up to now, distant galaxies were believed to be mainly interacting galaxies, with irregular and complex shapes. Denis Burgarella and his colleagues have now shown that the galaxies in their sample, seen when the Universe had about 40% of its current age, have regular shapes, similar to present-day galaxies like ours. They bring a new element to our understanding of the evolution of the galaxies.